While speculation has been rife that his contract at new club Al Ahly is worth over R50m a year‚ a source close to the coach say financial gain was never a factor in him taking the leap into the cauldron of leading Africa’s most successful club.

Ahly have confirmed that Mosimane‚ who flew out of OR Tambo International Airport on Thursday to Cairo‚ has joined their club on a two-year contract.

“Of course‚ it is common knowledge that North African teams pay good salaries and Al Ahly are a big club who take care of their employees‚” the source told TimesLIVE.

“You see it in the fact that they hire some top European coaches and even sign players from the likes of the Premier League.

“So‚ it is a good move for Pitso financially and he would not go there for a discount.

“But if you know him well‚ you will know that he is an ambitious coach who is driven by the desire to succeed and not money.” 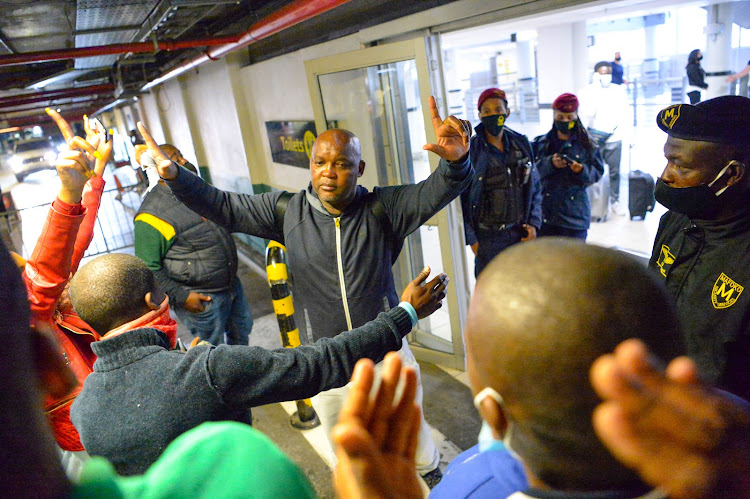 An emotional Pitso Mosimane, accompanied by his kids and wife, bids farewell to the Mamelodi Sundowns supporters who went to the OR Tambo to send him off as he flew out to Cairo.
Image: Lefty Shivambu/Gallo Images

Mosimane has been given carte blanche to bring three technical members of his choice and it is believed he is keen to have his assistant Rulani Mokwena‚ physical trainer Kabelo Rangoaga as well as performance analyst Musi Matlaba.

These are the members of the technical team he might take with him but it will all be dependent on whether they can get out of their contracts with Sundowns.

There is also a possibility of him luring a few players from the Brazilians to Egypt to help him in his quest to get Ahly ‘playing with a bit more flair’.

“Jingles” abruptly quit his eight-year post at Chloorkop (Sundowns’ head office) on Tuesday having just signed a four-year contract recently after the lure to realise his long-held ambition of “getting out of my comfort zone”‚ as he said in a statement‚ proved too hard to resist. 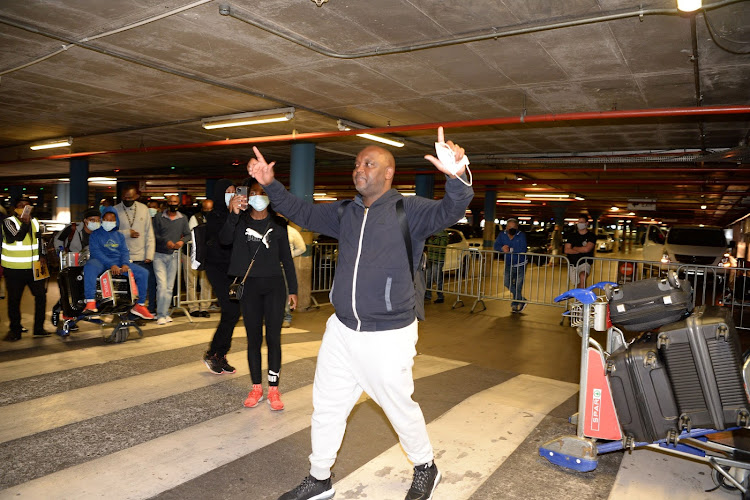 Pitso Mosimane was emotional after hundreds of Mamelodi Sundowns supporters turned up at the OR Tambo to send him off.
Image: Lefty Shivambu/Gallo Images

He goes straight into the fire as he will have to lead the Red Devils to a Caf Champions League title they so desperately crave‚ Ahly having last won the continent’s premier club knockout competition way back in 2013 when they beat Orlando Pirates in the final.

While he has a few league matches to complete the domestic season of a championship race that Ahly have already won‚ Mosimane faces the tough prospect of having to overcome his old enemies Wydad Casablanca of Morocco over a two-legged semifinal later this month.

Succeed there and he will have to contest a final against either of Zamalek or Raja Casablanca‚ clubs he knows very well having previously faced both in the Champions League. 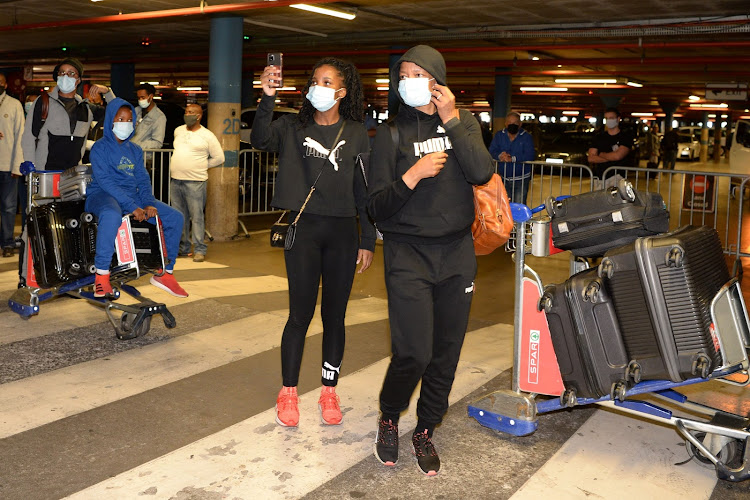 ‘I think they stole my iPad’: Ramaphosa puzzled as gadget goes Awol