The school shoes may have been uncomfortable and not having the time to build Lego was quite an adjustment, but mummy’s yummy mini-burgers and tuckshop money for a treat were just enough to settle any first-day jitters.

The tiniest people in “big school” have had their say about the ups and downs during their first week of classes.

For Ismaeel Lorgat, 6, who started grade 1 at Grey Junior School this week, his biggest concern was that his socks would get wet in the rain.

“I wasn’t scared or worried, I was excited,” Ismaeel said.

“I was nervous that I might get lost after going to the bathroom but I didn’t.

While he was quite proud of his uniform, which he described as smart, he said he would miss being able to take off his shoes whenever he got hot. 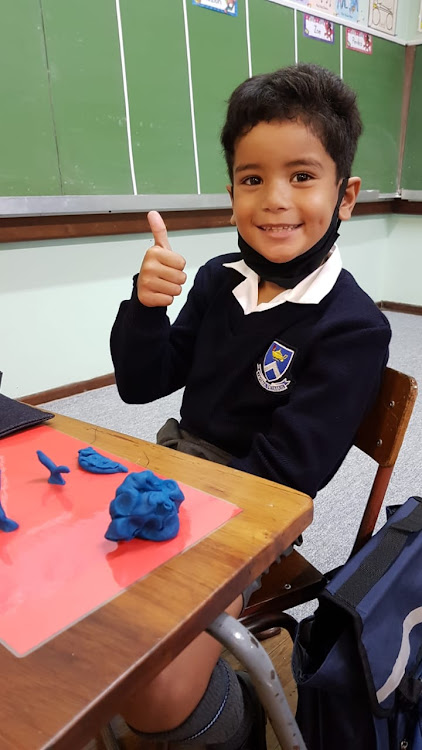 THUMBS UP: Muhammad Ameen Kapery, 6, felt proud as he stepped through the gates of Westering Primary School for the first time this week
Image: SUPPLIED

Muhammad Ameen Kapery, 6, said he felt proud as he stepped through the gates of Westering Primary School for the first time this week.

Though the toasted cheese his mum had packed in his lunchbox was the highlight of his day, he was quite chuffed with just how well his uniform fit.

Emma, who felt nervous when she started grade 1 at Clarendon Park Primary School on Tuesday, said she enjoyed making new friends in her classroom and getting to spend break with old ones.

“I love my new school, especially the big swimming pool,” she said. 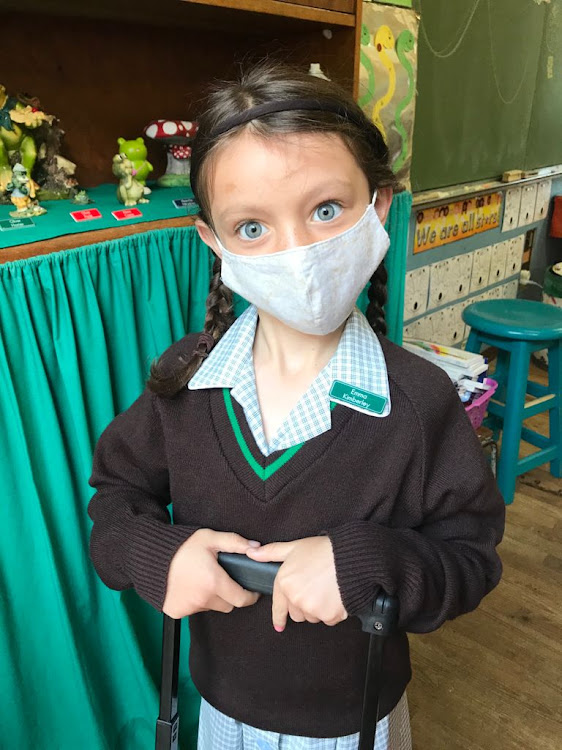 But it wasn’t the new school, the new uniform or her new classmates that put a smile on her dial — it was the Oros in her drinking bottle.

Amahle Ngwendu, 6, of Benyati Primary School in Kwazakhele, said she had nothing to be afraid of because “I am not naughty”.

She said she even made two new friends. 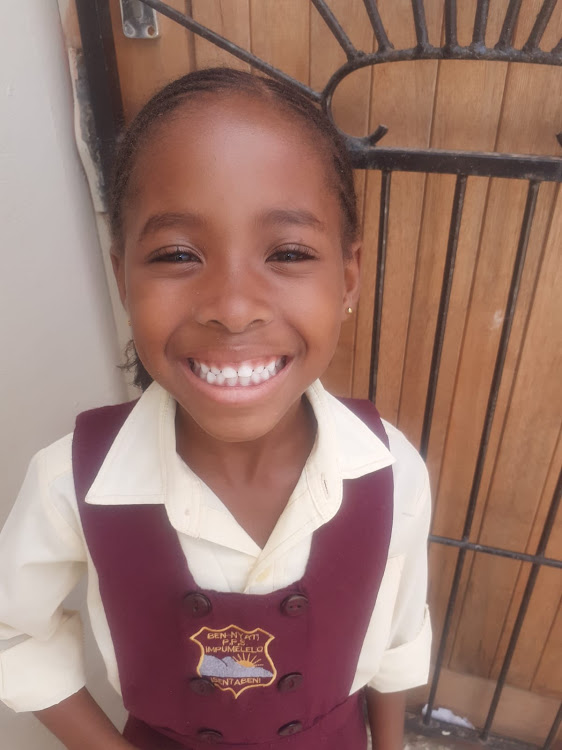 Aaliyah Samie, 5, started grade 1 at Malabar Primary School and bravely stated she was not scared, “not one little bit”.

And as if that wasn’t enough, she was given tuckshop money for a treat. Thanks mum!

Stage 2 load-shedding kicks off at 4pm on Tuesday

Stage 2 load-shedding kicks off at 4pm on Tuesday